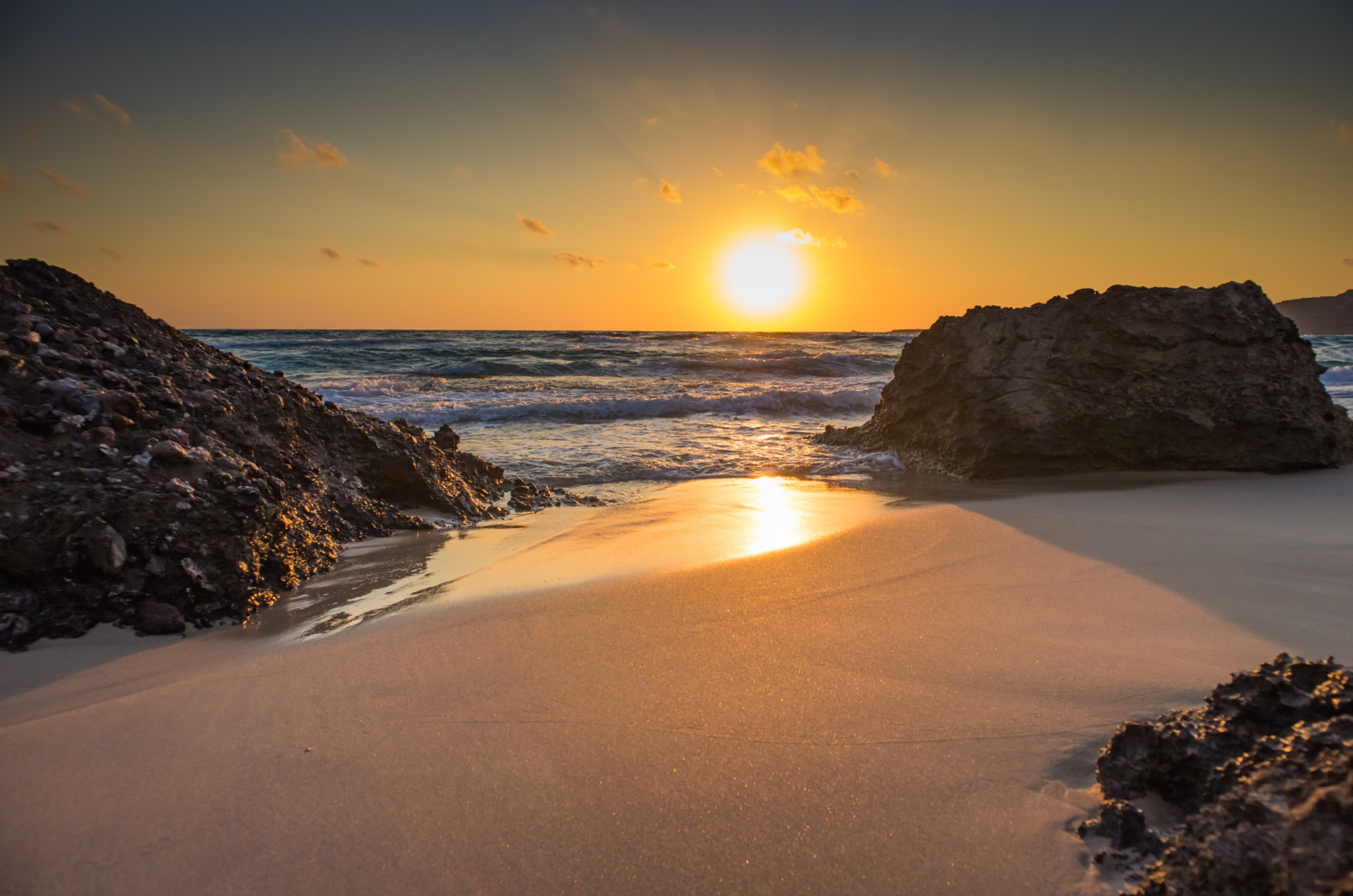 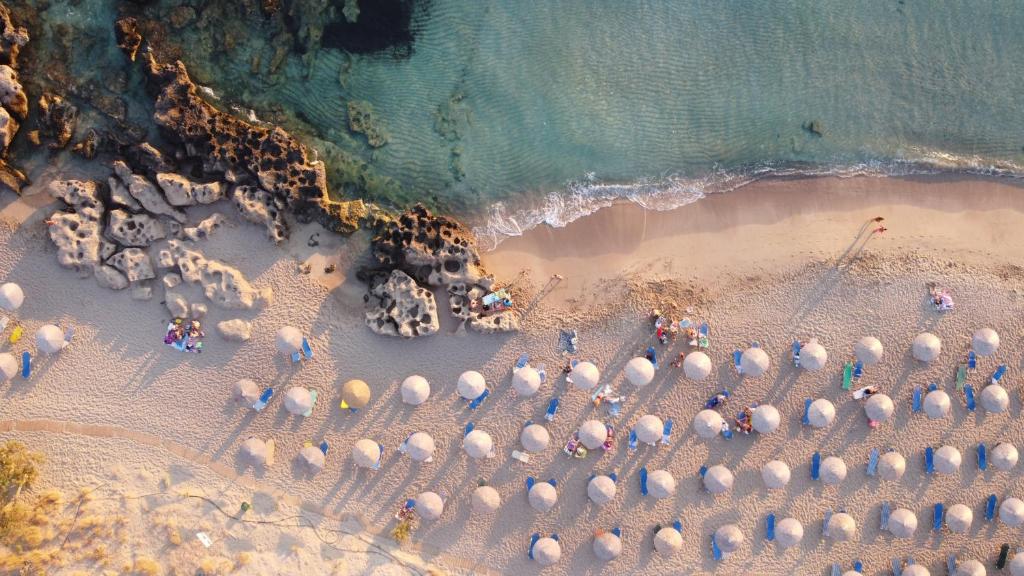 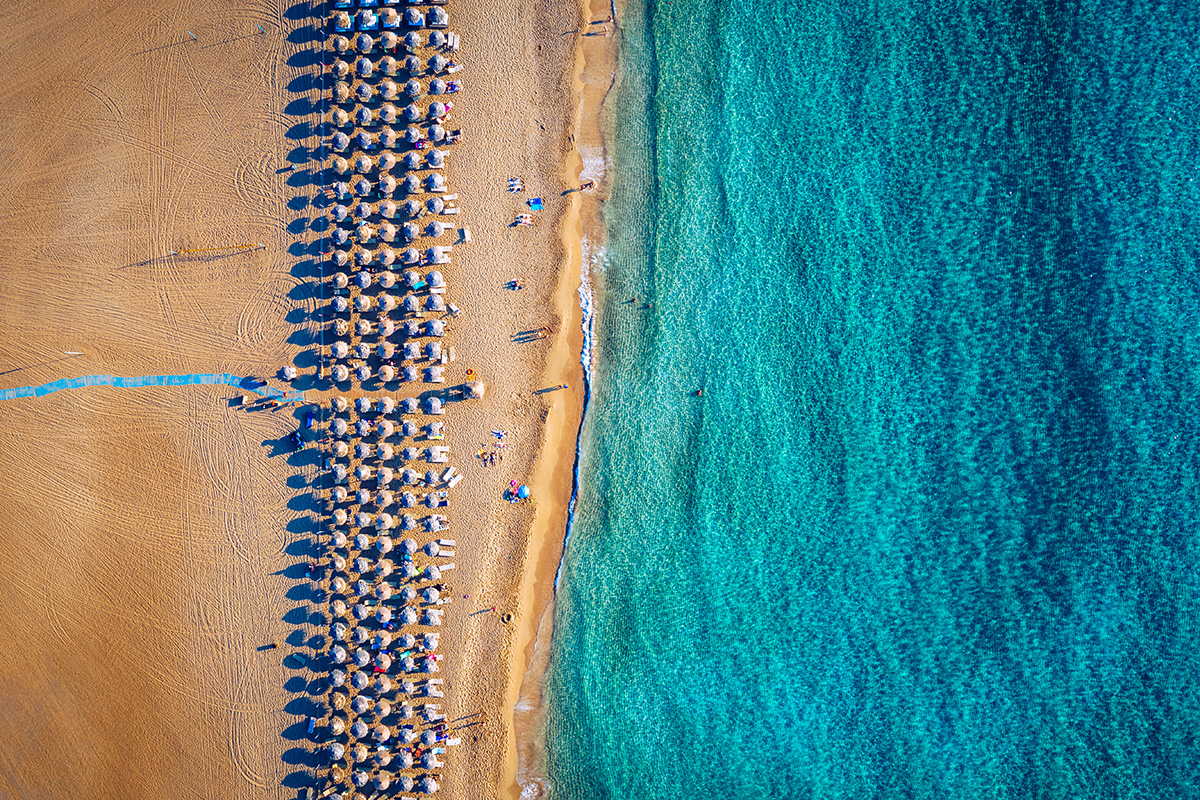 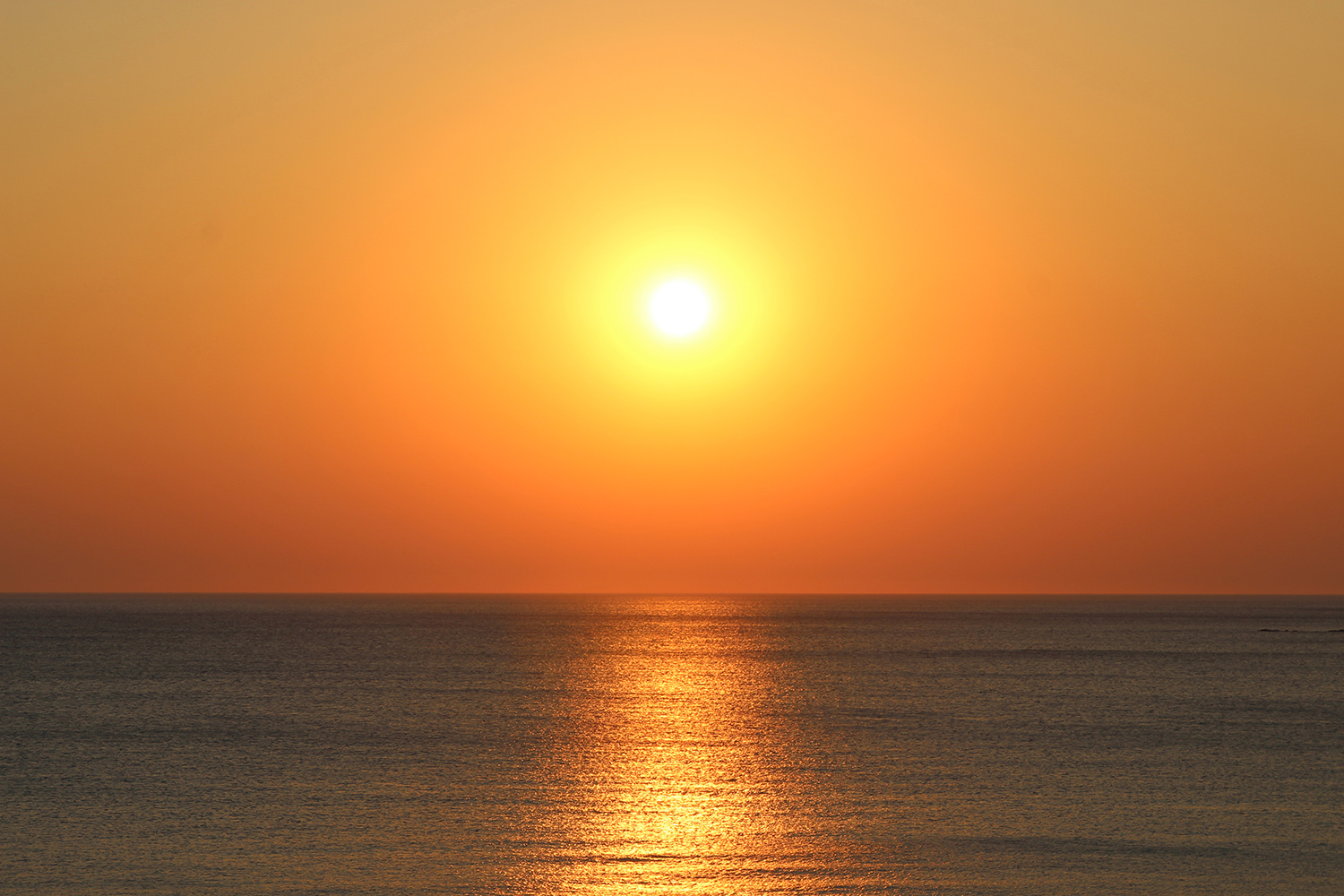 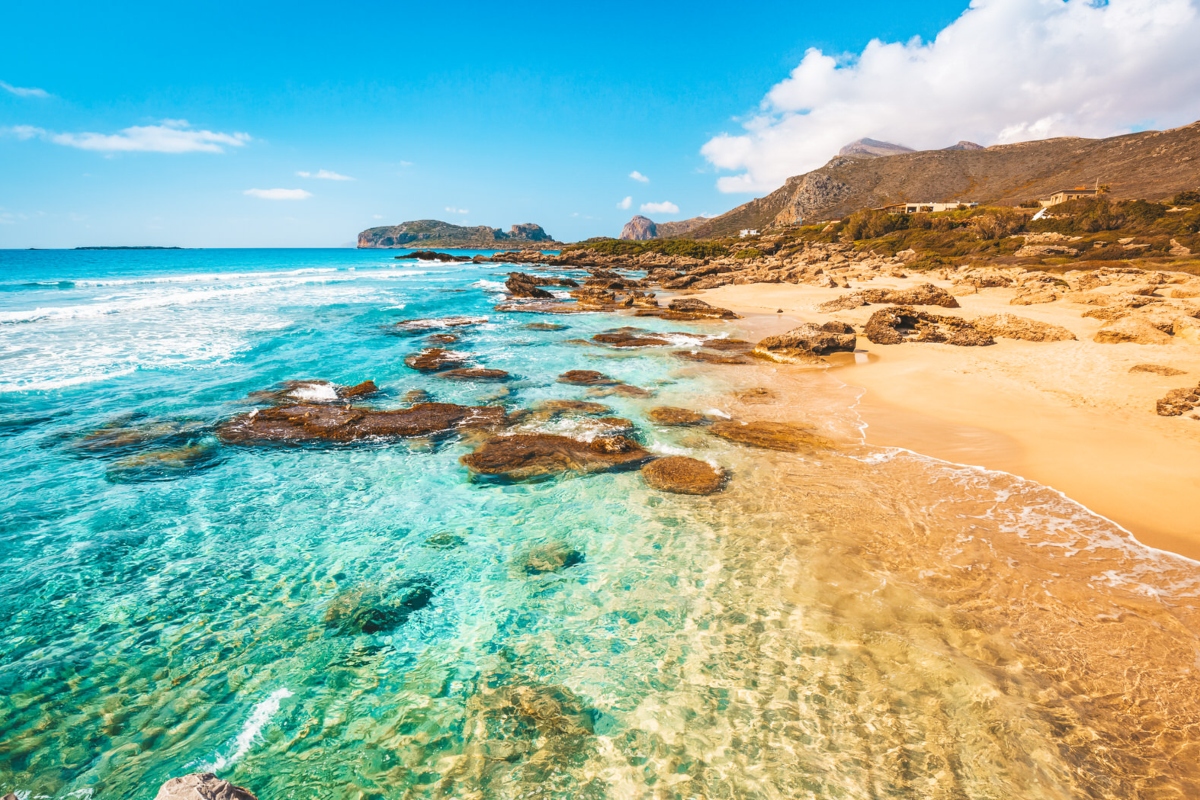 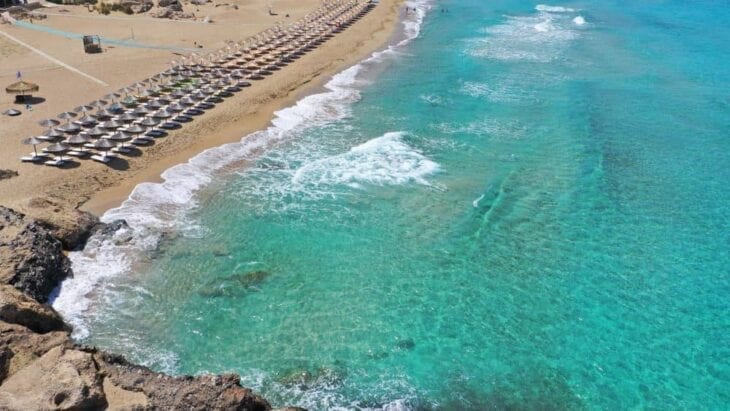 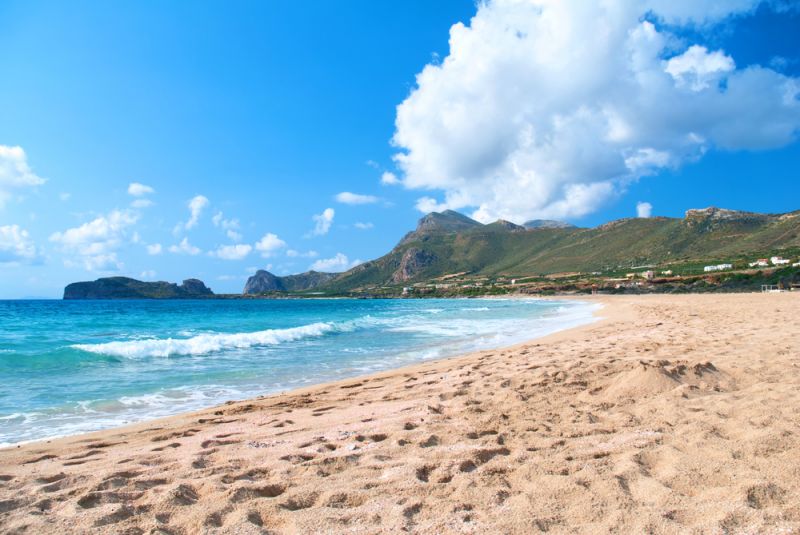 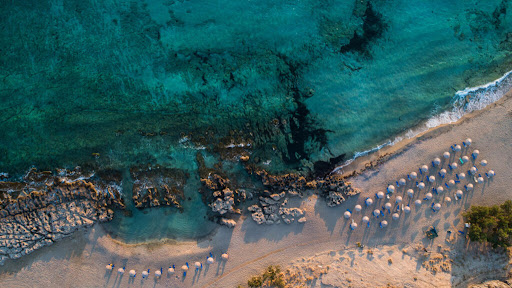 The exotic beach of Falassarna is located 59km west of Chania city and almost 17km west of Kissamos, at the western base of peninsula Gramvousa. At the northern end of the beach there are the ruins of the ancient Grecoroman city of Phalassarna.

Falassarna bay hosts some of the most famous beaches in Greece, which has been awarded as the best beach of Crete and voted as one of the 10 best beaches in Europe several times in the past. Falasarna spans a large area and consists actually of five consecutive beaches, with the two most central being the most favorite.

The sand in Falassarna is whitish, making the water color tropical. Indeed, if you’re lucky and be here on a day that is not blowing from the west (rare in west Crete) you will be enchanted by the beach and its turquoise waters.

The main beach of Falassarna is called Pachia Ammos (i..e Coarse Sand). It is an exotic beach with a length of 1km and a width of 150m. This beach attracts the most visitors of the area, but because of its length it never seems too crowded. The beach offers umbrellas and a few snack bars and cafes, where you can get food and water. There are also services for water sports and beach volley courts.

Choose from our list with car’s your favorite one !

You can have a driver at your service or rent one by your own! 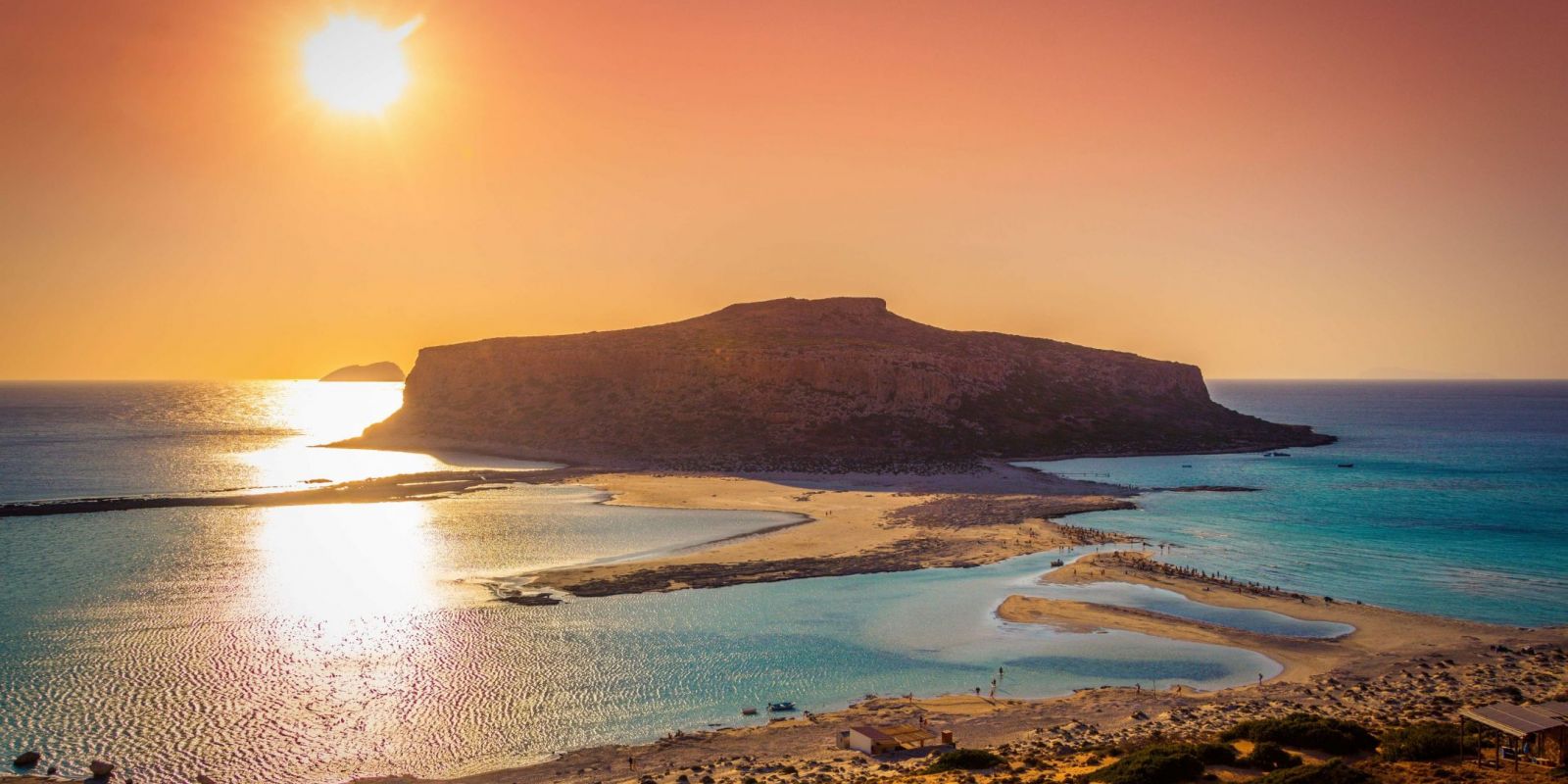 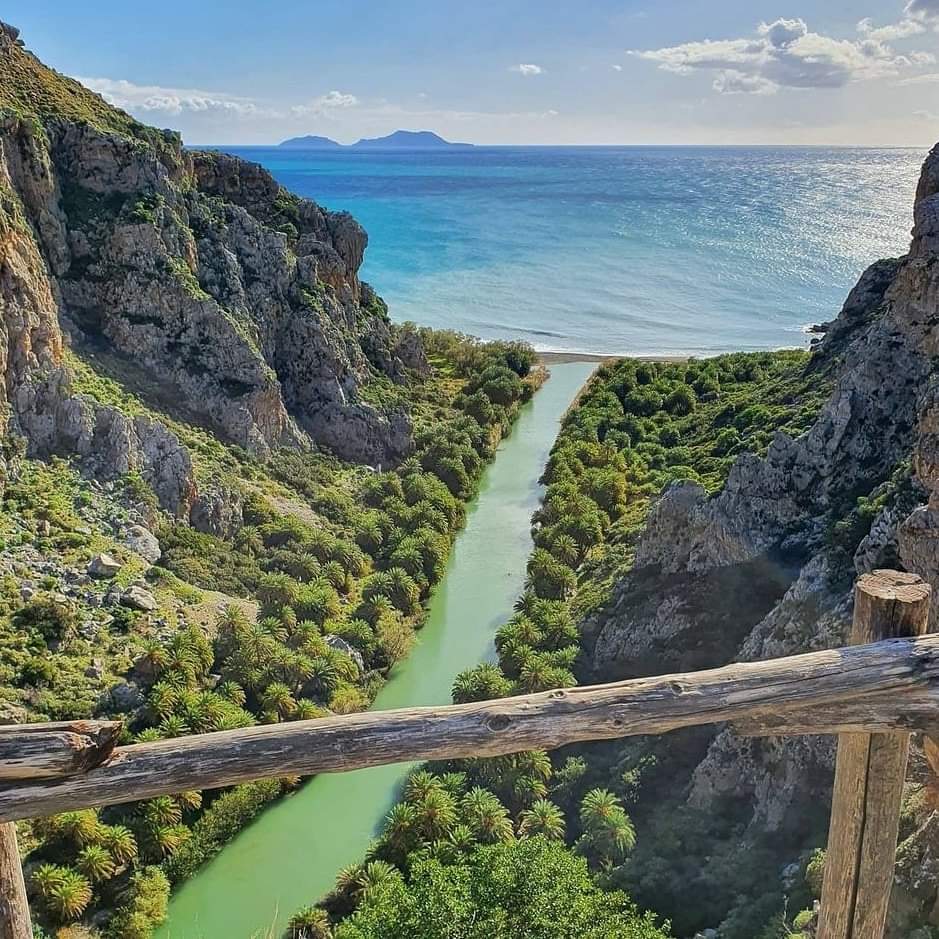 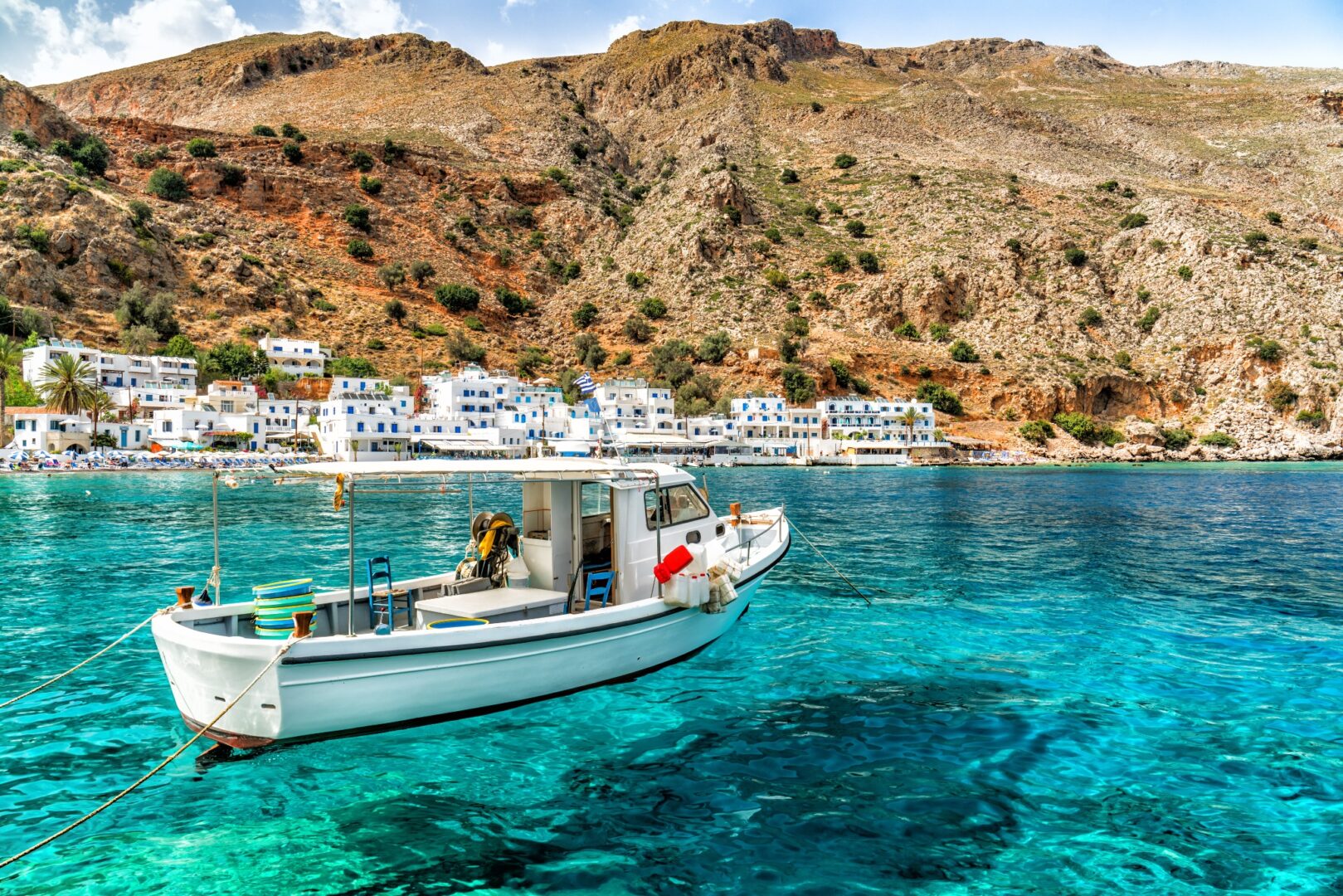 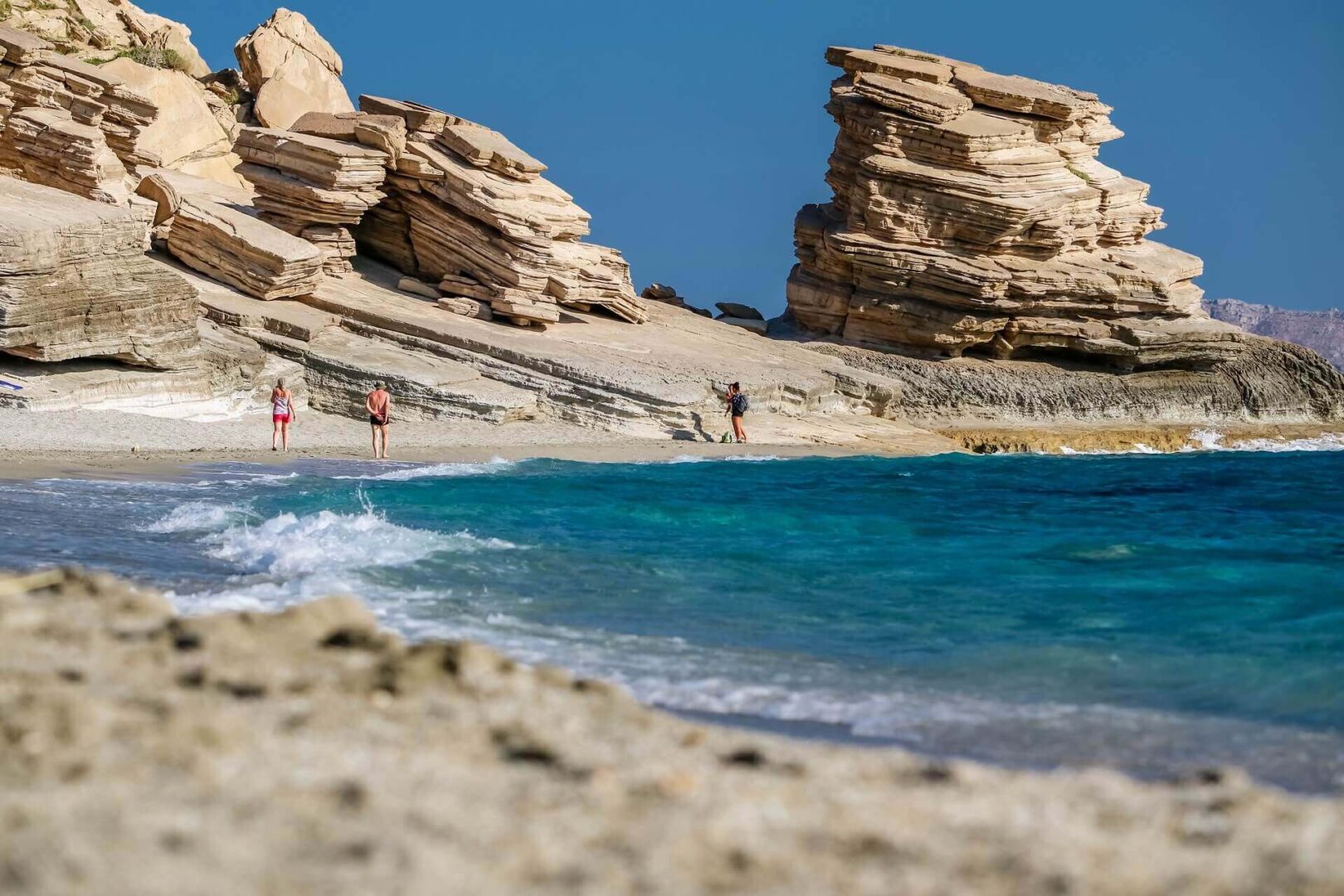 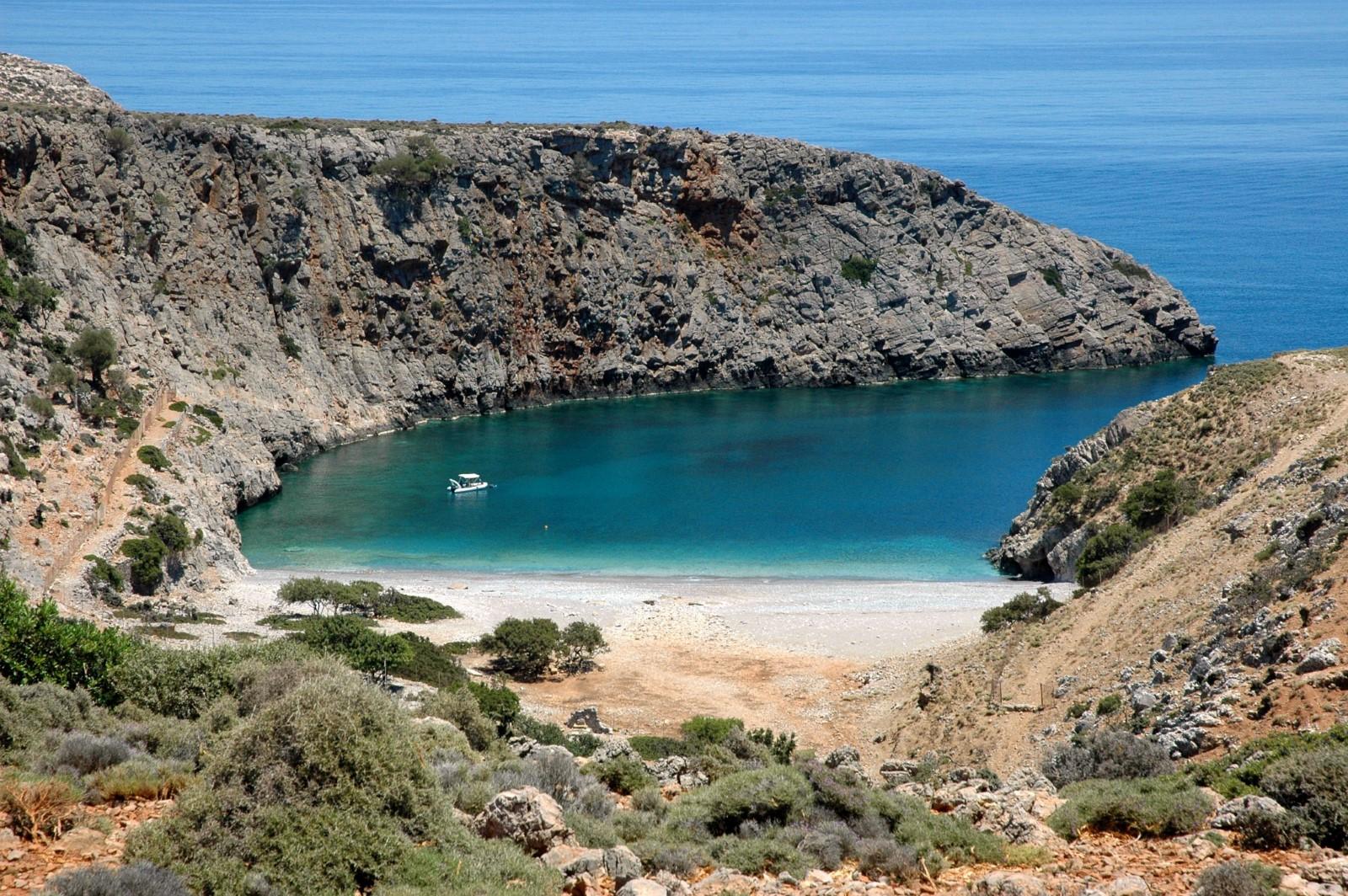 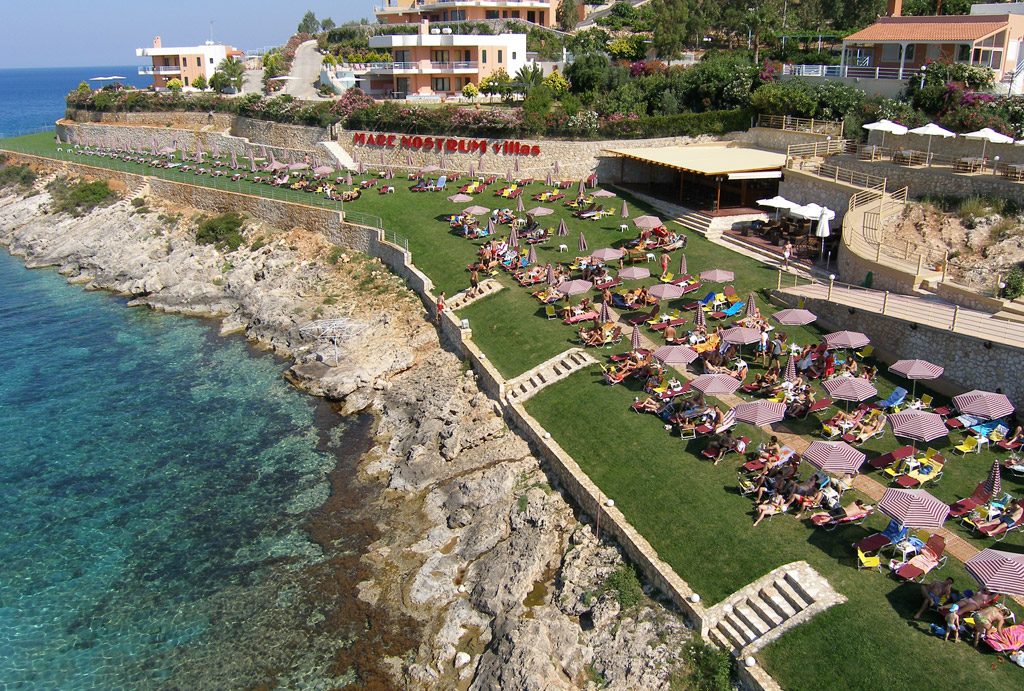